Historically if you wanted embroidery on a cap it had to be done before the cap was assembled. The other option was to make a patch and sew it on the cap. Northwest was the leader in patch caps or also called “trucker caps.” Northwest had been manufacturing trucker caps since 1977.

Giants had to win

All the Giants had to do was beat the Washington Redskins and it was Superbowl in Pasadena time.

This was our first introduction to hot market decorating.

We were very excited and became instant New York Giant fans as our Seahawks were out of the picture. The Giants did defeat the Redskins and Northwest was off to the Superbowl.

Our arrangement was make as many caps as we could and at the end of the day call Federal Express who will pick up the caps and deliver to New York City.

The next milestone we were hoping for was that the Giants would defeat John Elway and the Broncos in Pasadena. 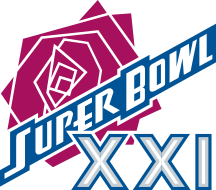 Phil Sims and Lawrence Taylor did theirs jobs and defeated the Broncos. We were sold out until the end of February.

It was like we go from zero winter production to full bore summer. Can we do this again. I doubt it. The cost of a license today is astronomical. But it was a great run.

Serendipity. We now now the real meaning of the word.

1 thought on “Deco Source does superbowl”